Thanksgiving Learned; Not Too Late

Thanksgiving is here, and I wanted to share something I had on my computer for some time since 2003. It is a letter I wrote about a life lesson.

In short it was part of Brian Buffini's Referral by Design program, a letter from the heart. It is a way for clients and potential clients to see character as well as professionalism from their current or would be agent. I had items of value that I created both professional and personal sent once a month to my database. What you are about to read is one of several, and I adapted some of it to read better in the past tense. This is what I wrote.

The Regret Of A Lifetime

This months’ Item of Value is more valuable than all of the others combined. Two months ago in August's Item of Value, I wrote about time, and some tips on how to manage it. Whether you took the test or not, the emphasis I wanted to convey was that spending quality time with friends and family or making new relationships mattered the most, and like a great deal of my life’s lessons, it took 40 years for me to learn. I would like to share how I learned this lesson, and perhaps provide someone with an opportunity to reflect and take a shortcut—not waiting as long as I did. Most of this letter is setting the stage. So, I ask you to invest a moment.

Perhaps with most boys, as was certainly the case with me, being able to explore the world freely was a vital part of growing up. Making tree forts and exploring the areas of a mountain or beach where no man has gone before has shaped my independence and built confidence in my performance as a professional. It was my parents who gave my brothers and I this landscape of learning and the freedom to explore them to our hearts content, as long as we were back by a reasonable hour of course. It was very common during an exploration mission if there was ever a signpost that said “Danger, Keep Out” it was considered an invitation for more learning and personal growth. As a result, my brothers and I now have great tales of our explorations to last for some time. Stumbling onto live munitions left by the National Guard and detonating some for fun, fighting off thousands of bees after disturbing a hive, and being attacked point blank by a rabid skunk are still fond memories to name a few. Ironically, those experiences contributed a lot to my brother’s and my success in life.

My brothers and I are probably no different than you are; we learned our independence from being dependent on our parents. They were always there if we needed to be bailed out of trouble. But, as we grew older and left the house to be on our own, there was a tendency to drift from the parents and only feel the need to see them on certain holidays or special functions.

It was more than ten years ago in 1992 when I was sitting down talking with my older brother Mark. Mark had long since visited the parents for Sunday dinners. Part of the lure was the free meal and the big screen TV, but during a conversation between him and I one afternoon, I commended Mark for spending time with the folks. Mark then spoke a string of pearls that I will always remember—“They’re not getting any younger, ya know.” That was on a Saturday. Sunday morning I went to Starbucks, bought 4 lattes and 4 bearclaw pastries and started over a decade long tradition together with my wife that involved Sunday morning coffee with the parents. Since then I have become a master at making our own espressos from my hand press La Pavoni machine, and mom has always been the master at making cakes and pastries of all sorts since day one and was happy to do so for our Sunday coffee and cake. We talked about anything and forgot about everything else; you know, daily troubles of your own. Doug, my other brother soon after visited Sunday afternoons after church with his wife and daughter. It became pretty busy at mom and dads, and they loved every minute of it.

In the first week of August of 2003, my mom, Ina had been diagnosed with an aggressive cancer that has spread into much of her body. The family has since been in great pain, frustration, anger and shock. I couldn’t imagine what she must have been going through. During my worst moments, in tears, I fumbled with feelings often and couldn’t think of anything significant enough to do or say. We were about to lose the center of our family. Counseling helped, but I was still helpless and stumbling to grasp for the right words, I felt that she would never know how much I loved her. No matter what words I used, all came up short. Growing in my soul was a regret of not being able to tell her how much she meant to me. It was truly a place of deep distress. That, I do not wish on anyone to carry for one minute, let alone a lifetime.

My wife Jenni was there to remind me that if there has ever been a group of sons who have shown love and appreciation for their parents over the years it would be my brothers and me. The key phrase that hit me was “over the years.” She was right. Had I remained distant from the parents and not invested the time with them, it would have been, for me, the regret of a lifetime. In retrospect, we invested the time. It was the time invested with family over the years that said what I was trying to say but kept coming up short. What needed to be said and could not be said with words was simply stated by the fact that I was there, over the years. And—suddenly I realized that there were actually no regrets at all. My mother simply knew.

Maybe detonating the stolen munitions and fighting the rabid skunk were not some of the better moments she would be proud of today. If there is a possibility that this lesson could open someone’s eyes to the fact that their friends and family are “not getting any younger, ya know,” realize that life is short and take the time to talk about anything and forget about everything else, they could take a short cut and not learn it the hard way or late in the game.

Our family will endure this very trying time. We appreciate your thoughts and prayers always, and I thank you for allowing me to share with you what I have learned. Perhaps you or someone you know may have gone through something similar already. If it has not happened yet, it will, and when it does I want you to know that you have my encouragement to start carving out the time now.

PS Since the original writing of this letter, my mother was put to rest in February of 2004, and in February of 2005, my father—the personification of self-sacrifice passed away from a brain stem stroke. They were together for over 45 years.

By Jeff Pereyda
Posted by Unknown at 1:55 PM 1 comment:

I was asked recently to reciprocate a link to my site; http://www.tricityhome.com exchange links. And, since website owners want to be careful as to who is swapping links to their sites, I chose to do a bit of investigating first before I agreed.


All seemed in order. I clicked through their site a bit more to get to the real estate section where my link would most likely be placed. This was the opening paragraph: uncheck!

"Real Estate Agent" is just another name for "Salesperson" 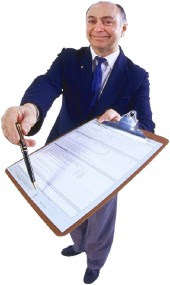 Don't ever lose sight of that fact. Their only mission is to sell, sell, sell to you. Don't ever let on that you are in a desperate situation, or that you need to buy a house fast, or that you are in a desperate crunch to buy this house now, because you are being transferred into town this week. It's simply none of their business and as far as they are concerned...(you get the idea).
In a word... Ouch. I replied by letting the editor know in a few words that openly degrading someone or their profession doesn't help anyone, especially the source. It only tends to make the author seem a little less comme il faut. I told the editor of the site to reconsider the hack before asking Realtors(s) to be linked to something so contrary to what I (we) are trying to accomplish, trust.