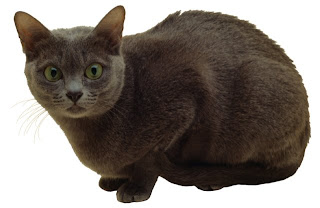 Most of us I'm sure have somewhat of a working knowledge about what to do about cat urine smells. Many good products are now available to help rid us of the ammonia smell that gives can pee it's notoriety. But what I am about to share with you here was so devastating that it had to become a matter of "material fact." And, for your amusement, this is how it all unfolded.

Some months ago, I got a call from a homeowner who needed to sell her home in Fremont http://www.tricityhome.com and move out to Modesto. I arrived at the home in my suit and tie, and I was on my way to the front door when I was greeted by the Mr. "T" of cat pee smell. I hesitated, then knocked on the the door with the light-hearted (rat tatta-tat-tat tat tat). I thought perhaps the cat pee smell was from a stray cat lingering around the front door. Solutions to the problem were already being played in my head. "Ah ha," I said to myself. "The sellers were feeding a stray cat, so it keeps coming back and claiming it's territory by, well, peeing. Simple, remove the food, fix the problem, right?"

The door opened, and a nice elderly lady asked me to come in. I blinked (more of a twitch really) then paused, I had fully intended to oblige her request, but if I moved forward, I couldn't breath. The cat pee stench coming from inside the home had created a blockade so strong it was like a wall of fire. Amazingly, the seller seemed unaffected by the stink. Sinuses burning, I managed to lift my right foot then lean forward to enter into the pit of despair.

With what I thought was a smile on my face was probably more like a wince . I remembered that I would have to breathe in at some point after we were finished with the words of welcoming. It hurt a lot, when I breathed through my nose the first time. But, the alternative was not attractive either. If I breathed through my mouth, all that "vapor de cat" would go straight to my lungs without a filter of any kind. Which was worse? I had to breathe. I could only imagine the look on my face when that moment finally came. Turning away and wincing again as the poisoned air went through the nose, I managed to complete the next breath. Most of my thought was surrounded by the grim reality that the longer I stayed and breathed, the sooner I was destroying my bronchial system, and the seller, with destroyed sinuses was not phased at all. I did not want the listing. What I wanted was to get out.

But, as I listened to her story about wanting to be living with her daughter again, I felt as if I needed to help her. Twitching a bit more frequently from the smell and starting to get scared, I completed my walk through quickly and found evidence that four cats lived in the home. I also found evidence that they were actively peeing on the walls and not in the litter boxes. The 3 foot high plastic tarp on every inch of wall space was subtle, but I noticed it. What's more, standing floor fans blew in every room speeding the stench around the entire house, and to top it off, the air being blown about was humid which made it stick to your insides. "The house is extremely clean," she said. "we clean the floors every day. That's why we have the fans on to keep em dry." Clean perhaps to the naked eye, but in reality, I was truly trapped in a swirling cesspool of the strongest cat pee air ever known to man. I had to get out!

I imagined seeing visions of Fremont paramedics looking down on me from above lifting the air mask from me in relief saying, "He's coming out of it now. Give him a bit more oxygen." I closed my listing folder and left. I do not even remember what I said as I crossed back over the threshold. Fresh air began filling my lungs, and as I walked to my car, I found a new appreciation for life and my home. I immediately called my wife and told her I loved her and that I had to come home and change.

I called the seller from a safe distance some time later. I told her that the cat pee smell had to be remedied--which she quickly denied it was a problem. I gave her a list if items that had to be done. "We clean every day. There's no cat smell." She said. I deferred the issue, and she reluctantly completed most of the items on my list. Even though I did not want the listing, I took it. I wanted to help.

Speeding this story up a bit, the property was shown four times a week, and yes, I did receive some calls concerning the pee, not to mention the fans, the plastic, the cats and their unused litter boxes. Unbelievably, an offer was made that was enough money. I basically disclosed that the urine issue would have to be treated by an abatement company. And, in the TDS I had to add cat urine presence as a material fact--similar to disclosing about a meth lab. Even the general house inspector put it in bold type on the report concerning the cat urine odors. The seller felt it was not necessary to disclose cat the pee smell. We contracted a professional cat urine abatement co. for $4,500 to rid the home of the problem.

What was even more unbelievable was that it closed escrow, and the new owner moved in. It was all over! So I thought.

Check in tomorrow to read about a situation so embarrassing, I had to hop back in my car and leave my lock box as collateral damage.