by Jeff Pereyda https://youtu.be/EMhzo-cxRhU
Posted by Unknown at 3:32 PM No comments: 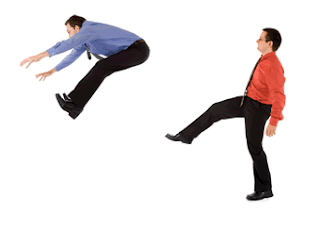 What happened when I hired Real Estate Federal.

Real Estate Federal is located on 1200 Smith St
Houston, TX 77002 according to the Better Business Bureau record. Phone ID says it is in Pleasanton TX. Their phone number is 830 268-4000.

I paid $3900 in exchange for listing appointment prospects, because I wanted help in certain areas of prospecting, so I hired Real Estate Federal.

The owner called me, and he sounded legitimate, and after talking with Real Estate Federal for a while, it seemed genuine. April 8th 2017 I signed an agreement with Real Estate Federal after I looked online, and there were no complaints. Back then, I could not see the more recent posts on the Better Business Bureau about stealing money from Quintella G. on 2/25/2018, so, I trusted Real Estate Federal and signed a contract that included a money back guarantee. That was a mistake. Below is how they are stealing my money and stealing the money of others.

August 9th, (about four months in) I sent an email to Real Estate Federal because I had not received any appointments—much less a closed escrow. I was supposed to get 60 appointments. You might say that being four months in, one third of the contract, I should have around 20 appointments, more or less. I tried to read the writing on the wall so, I reached out for refund and they replied on August 9th stating:

Dear Jeff,
Thank you for your email.
We understand you want leads.
As per the terms of the contract, the firm does not offer a refund unless we fail to deliver 60 appointments in a year or if you don’t close at least three transactions from the leads.
We have not forgotten about you and are working on your area.
We will deliver appointments as soon as possible.
Thank you.

Hello,
We did respond previously.
It appears our emails are going in to your bulk folder.
Please review the terms of your contract for our refund policy.
As per the terms of the contract, the firm does not offer a refund unless we fail to deliver 60 appointments in a year or if you don’t close at least three transactions from the leads.
We have not forgotten about you and are working on your area.
Please note we have been having problems with email and have changed the sending address.
We do have leads which have not yet confirmed as appointments.

As you can see, I tried to cancel in hopes to prevent them from stealing my $3900. Real Estate Federal was stealing my money, and there was nothing I could do. They would not refund. Apparently, I had to wait for eight more months. After writing, calling and texting to Real Estate Federal, they have made no attempt to contact me now.

On April 1st 2018 (approaching the one year mark), I reached out again, and I tried texts and voicemails—nothing. In all aspects of this experience with Real Estate Federal—they are stealing agent's money.

I upheld my side of the contract. I paid $3900, I set up notifications, and I asked for a refund by email prior to my one year contract. Real Estate Federal is in default of our contract. I made a mistake in trusting them. Now, they are stealing my hard earned money and will not give me appointments nor a refund.

Here is a link to the Better Business Bureau page for Real Estate Federal, they have an "F."

https://www.bbb.org/houston/business-reviews/real-estate/real-estate-federal-corp-in-houston-tx-90047647
Posted by Unknown at 11:30 AM No comments: 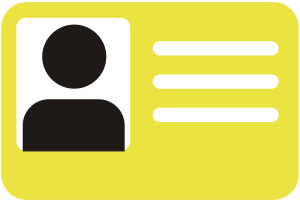 Planning to travel on a plane? Traveling within the US even? Then, you better get on board with a REAL ID or else, enjoy your staycation at home. Starting October 1, 2020, the Department of Homeland Security is enforcing this not so new rule that will be in effect. It was born out of the 9/11 attacks, but the logistics has taken some time. If you have not heard of this, you are not alone. Many US citizens are going to feel left in a lurch or worse, stranded because they had no idea.

Okay, so to get started, you and I need to go here.  https://goo.gl/rgH1CY (shortend link to DMV REAL ID). The DMV lets us know what to do (bring) in order for them to approve and create a REAL ID.  There's more to this than you may think too.

Let's say you are not traveling, but need to visit a federal facility. You will need a REAL ID to gain entry. Unlike California, some states are already REAL ID compliant, they beat California to it by a long shot. They have compliant ID cards to wave around in our face. To see who made the cut already for the REAL ID, go here. https://www.dhs.gov/real-id#1.

Many articles pay much more attention to detail on this issue than mine. Keep in mind, I am a Tri-Valley and Tri-City Real Estate Broker http://www.tricityhome.com and not the greatest writer, but to get to the gist of it--at least visit the DMV link and get started because you can save a fee if you need to renew your license (ID) anyway. Here's one more reason to get it done.  Let's say you buy a home, then need to sign the buyer package at the escrow office, the escrow officer/Notary may accept your CA ID, but what if the lender, of all people, adopts the new REAL ID standard and kicks your documents back. That will age you a bit. Wouldn't you agree? When it comes to real estate, I always keep your money top-of-mind as well. I am a frugal man. Just apply for the REAL ID and save a buck.