The Center of Culture Gives Us Wenlock & Mandeville?

The 2012 Summer Olympics will be in London, and even though I still have not had the pleasure to compete in nor attend,  I have had the privilege of being glued to the television from as far back as 1972, when Mark Spitz and Dave Wottle stole the show in Munich, all the way up to more recent Olympic history when Michael Phelps brought home gold from Beijing in 2008. The 2012 Olympics in London is starting in just 6 days, and I think watching it on TV still grants us license to be a part of history as we sit up and say, "I saw that when it happened."

We would also like to congratulate our local Fremont and Pleasanton east bay area residents who will be participating in a much more real sense by carrying the torch. This season, ten teens, representing eight states and fourteen charities and organizations, were nominated by peers, teachers, and leaders of youth organizations. Here in the east bay, we have Kylan Nieh, age 19, Fremont, CA  and Sarah Williams, age 19, Pleasanton, CA. Congratulations Kylan and Sarah!

There is a small bit of unfinished business for I think some of us though, the 2012 Olympic mascots Wenlock and Mandeville. Really London? The center of culture, and you came up with a quirky, one-eyed thing for the 2012 Olympic mascots. We saw their debut in 2010, and writer Paul Kelso, was quick to describe them as, "Two parts-Pokemon to one-part lava lamp with yellow ‘Taxi’ lights on their foreheads..." (read his full article here.) I hear they are quite the scream over in England and they are well-loved icons now. But, did England's forty focus groups consider creating a stylized Beefeater, Palace Guard or maybe even a mascot derived from a red phone booth? Maybe not the phone booth, but what about using real animals as a start? I have taken some time in compiling a list of some animals commonly found in England that could have made a decent go at becoming a mascot: List below. Comments are in italics.

• Eurasian Otter-ok, really fast and fun to watch
• Polecat-maybe
• Hazel Dormouse-good one, has a nice English sound to it
• Natterjack Toad-love the name, but still no for the Olympic mascot
• Great Crested Newt-another good one
• Adder--right out
• Smooth Snake--albeit smooth--too scary, may frighten some children
• Tawny Owl-I love owls
• Stoat--extremely adorable, fast, and very competitive, good contender click for image
• Pine Marten--equally adorable as Stoat above, runner up click for image

Regardless of the choice of mascot, he 2012 London Olympics is just about to kick off.  The opening ceremonies will be on the 27th of July. Please do not miss it. Maybe Wenlock and Mandeville will grow on me.

Here is a wiki on Olympic mascots past, present and a little future. click here By Jeff Pereyda
Posted by Unknown at 9:27 AM No comments:

The red-tailed hawk is found all through the United States, Canada, Mexico and even in Central America.  Growing up in the San Francisco Bay Area, I have had the pleasure of living in what has to be one of the red-tailed hawk's favorite places to live and raise their young, Fremont, CA.

Fremont's terrain encompasses wetlands that begin at the sloughs like Newark Slough, Plummer Slough, Mowry Slough and Mud Slough, then gradually lifts to become landscape for creeks like Alameda, Morrison, Vargas and Mission and approximately 7 others to the south. It is a great environment for mice, gophers, snakes, rabbits and many other types of prey.

If you have ever heard a distinct screech in the sky in early July, you may be the hearing young red-tailed hawks having a go at producing the bona fide sound that only the older or adult  red-tails can do. (YouTube short clip above--thanks to timsueoc~Tucka, the red-tailed hawk screaming over his quail dinner.

As a Fremont real estate agent, http://www.tricityhome.com/ I usually comment and write posts about what is happening on land. I am not an expert on birds, nor is this an exhaustive read on the red-tailed hawk to be sure, but it may shed light on what is happening in our Fremont skies this time of year.

Growing up, I have always had a fascination for birds of prey. That has not changed, and you can always count on me pointing out hawks, harriers and the like to anyone near me at their time of discovery.

My wife and kids may think I focus a bit much on them, but to me, seeing a raptor perched or in flight is truly amazing.

By the way, if you were wondering where most "eagle" sound bites come from, like Stephen Colbert's Colbert Nation. (the intro with the bald eagle flying in), those are red-tailed hawk screeches, not an eagle's. As big as they are, golden and bald eagles more or less chirp, albeit a very loud chirp, they chirp none the less.

Here is the red-tailed hawk NatGeo link for a bit more. Still more on birds Audobon. By Jeff Pereyda

Posted by Unknown at 1:15 PM No comments:

I am in the process of getting confirmed in order to use an app that posts blogger to the new facebook.

It is important to try to keep up with technology and what it can do:

So apparently, I need 6 confirmations that I am the writer of this blog. I think I got that right. Can you help me get confirmed?

Follow this blog
Posted by Unknown at 12:09 PM No comments:

Stop Looking, Get Homes For Sale in Fremont Delivered to You, and GetYour Life Back 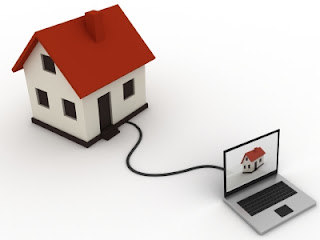 I think computers (if set up right) will always be faster at finding the listings than agents. Why do you think I have 30+ searches just for me? If I had to search for homes by hand for each of my home buyers, It would not be possible for me to have a life. http://www.facebook.com/jeff.pereyda Computers don't have a life outside of computing whereas the real estate agent is a real person with a real life.
To set one up, and get your life back, just visit my home search page http://www.mycoldwellbankerhome.com/Real_Estate/?ID=17428
Posted by Unknown at 12:09 PM No comments: